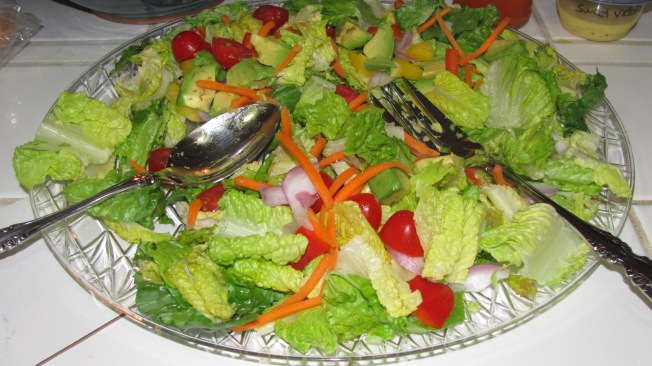 If you’ve been reading my blog this week, you know we’ve been so blessed to receive so many delicious Kosher meals from friends and neighbors after the death of my Mother. And each day a new meal arrives, it seem to remind me of a happy memory long forgotten or fill a physical need that I didn’t even know we had. I know it’s a trite saying, but Hashem truly does give us exactly what we need, when we need it … at least most of the time.

Last night before the food arrived, Zoe, who was exhausted from a day at camp, started whining about how much she wanted pizza. I really was too tired to cook, but because I knew how tired she was and because she rarely asks for specific food or even eats for that matter, I decided to make her a small pizza. When she saw I was making pizza, she said, “NO! I want to go get pizza at Mon Ami, I don’t want YOUR pizza!” Well thanks a lot missy but this is what you are getting tonight so hush.

Just as I put her homemade pizza in the oven, the doorbell rang and guess who and what were standing on the other side? You guessed it. One of our wonderful neighbors, and he had a pizza in-hand.  Now I’m not sure if the pizza came from Mon Ami or Cafe Fino, which is a another great Kosher pizza place in Dallas, but either way, my daughter was so freaking excited because she had her restaurant pizza and didn’t have to eat my homemade stuff! I think my hubbie felt bad for me so he ate both : ) 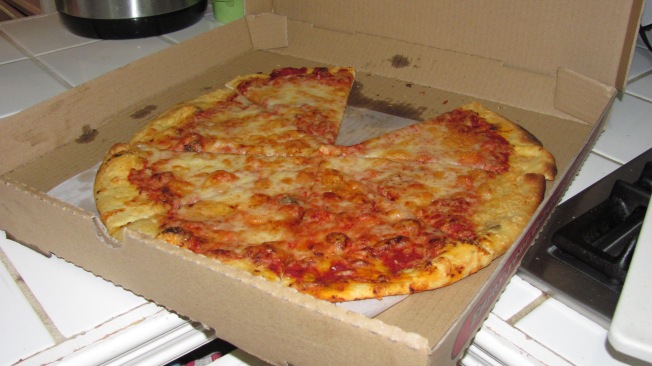 To go with the pizza, another friend, neighbor and one of Zoe’s former teachers delivered the beautiful salad that you see pictured above, and we finished it all off with a delicious cheesecake pie that we received the night before (photos and more on that later). 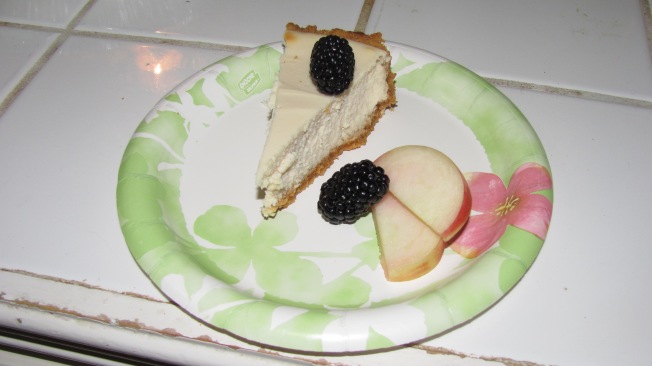 Receiving this food has made such a difference in our lives this week. It has allowed me to spend time thinking about my Mother instead of standing in front of the pantry trying to figure out what to make for dinner. And it has been a treat for Zoe and Neil to not have to eat my food every day, which I’ll admit can be fairly non-creative after a long day of work.

Thanks so much to all of you who have worked so hard to prepare food for us. We have enjoyed the break and the yummy meals so much.